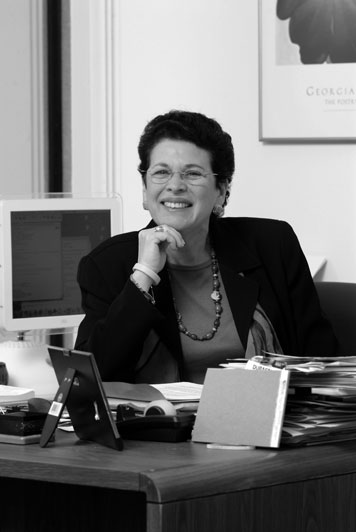 Non-traditional women’s work, the workplace, and community engagement have been at the forefront of Cambridge anthropologist Dr. Ann Bookman’s work for decades. Among many notable achievements, Dr. Bookman received her Ph.D. in social anthropology from Harvard University in 1977, was appointed by the Clinton Administration as Policy and Research Director for the Women’s Bureau of the U.S. Department of Labor, and served as Executive Director of MIT’s Workplace Center at the Sloan School. Dr. Bookman is an affiliated faculty member at the University of Massachusetts, Boston, and stands as an authority on family and employment issues.

Published in 2004, her book, Standing in Our Own Backyards, contains interviews with more than 100 middle-class working parents in greater Boston’s emergent biotech industry and offers a new paradigm for the relationship between paid and unpaid work. Illuminating an issue rooted in history, Bookman writes, “Whether the focus is on redesigning family care systems or workplace norms and policies, the need to address family-work problems and gender inequality simultaneously has emerged as critically important. If women’s equality becomes a shared societal value, then the entrance of women into the workplace will be seen as a boon to individual companies and the economy as a whole, not just a drain on families.” How did the shift of the U.S. economy from one of industry to one of information uniquely impact women workers? How do we ensure that women’s equality becomes a shared societal value?

A 1995 Boston Globe article posed the question, “What do working women want?” Dr. Bookman’s work in Washington strove to answer this question and go further, to address the needs of working women through what she deemed to be the key to fostering a more equitable workplace: responsible government and business. The Women’s Bureau partnered with 1,600 organizations to conduct the nation-wide survey, Working Women Count!, with the goal of asking the working women of all 50 states, the Virgin Islands, Guam, and Puerto Rico about their jobs. In only four months, a quarter of a million women participated in the survey. One respondent voiced satirically, “Working women need wives! A woman must be all things to all people. Usually, men just go to work and come home. Too much is demanded of women!” Perhaps a surprising finding of Working Women Count! was that men and working women report similar obstacles in their workplace, including feelings of discrimination, job insecurity, declining benefits, and stagnant wages. Yet women are met with a clashing set of responsibilities or a “double-day” of managing both their family and their job. As one participant remarked, “There is no such thing as a superwoman.” Lack of equal pay and opportunities for advancement, working harder for less, the need for accessible and affordable childcare, and high levels of stress were recurring themes that emerged from the Women’s Bureau study.

When proposing solutions for the hurdles working women face, Dr. Bookman discusses her theory of a stalled gender revolution in the family over the separate spheres model, which she claims perpetuates the division between the male breadwinners and female caregivers, and recreates the conditions for women to remain as the primary family-care providers. Dr. Bookman emphasizes the role of women from newer immigrant groups who work in family businesses and are neither regarded as working for wage labor or as self-employed, since the business owner is typically a spouse or relative. Women who are stuck in “contradiction” are not seen as part of the labor force because they are not always visible or accounted for as a legitimate wage earner. To be classified as unemployed means you are actively seeking work and are available to work, which women with children cannot always do. How can engaging with Dr. Bookman’s ideas help us to forge an atmosphere where family, community, business, and policy are in sync?