History is so much more than just a list of events that happened. We dig deeper to uncover the knowledge that everyone in this city holds a piece of. By weaving that knowledge together we can explore how the past influences the present—and use what we learn to shape a more just future.

Founded in 1905 by a group of historians, the Cambridge Historical Society initially met in private homes and on the Harvard campus to present lectures on Cambridge history. Beginning in 1906, these lectures were published as The Proceedings. Not long after, the Society began collecting books, documents, significant papers, photographs, and objects. Together these materials made the basis for our archives and collections..

We’ve come a long way since our 1905 beginnings. What started as a group of amateur history enthusiasts has taken a fresh, new direction. In 2021 we became History Cambridge, a reflection of our efforts to be the most relevant and responsive historical voice in Cambridge. We do that by recognizing that every person in our city knows something about Cambridge's history, and their knowledge matters.

Events and Filming at the Hooper-Lee-Nichols House

Built in 1685 and transformed into a Georgian mansion in the 1730s, the Hooper-Lee-Nichols House is one of the oldest houses in Cambridge.

We've hosted corporate retreats, community meetings, weddings and milestone celebrations, documentary film crews, and more. Capacity ranges from 40 to 100 people, depending on the type of event.

Learn more about our amenities and rates

Our collections and archives shine a light on how people lived, worked, and played in our city from the colonial era to today.

The best way to get acquainted with our archives is through finding aids, formal inventories that will help you know what kinds of records, photographs, and papers are in our care. Browse the list or use the search bar above, then make an appointment to access materials in person at our Brinkler Library. 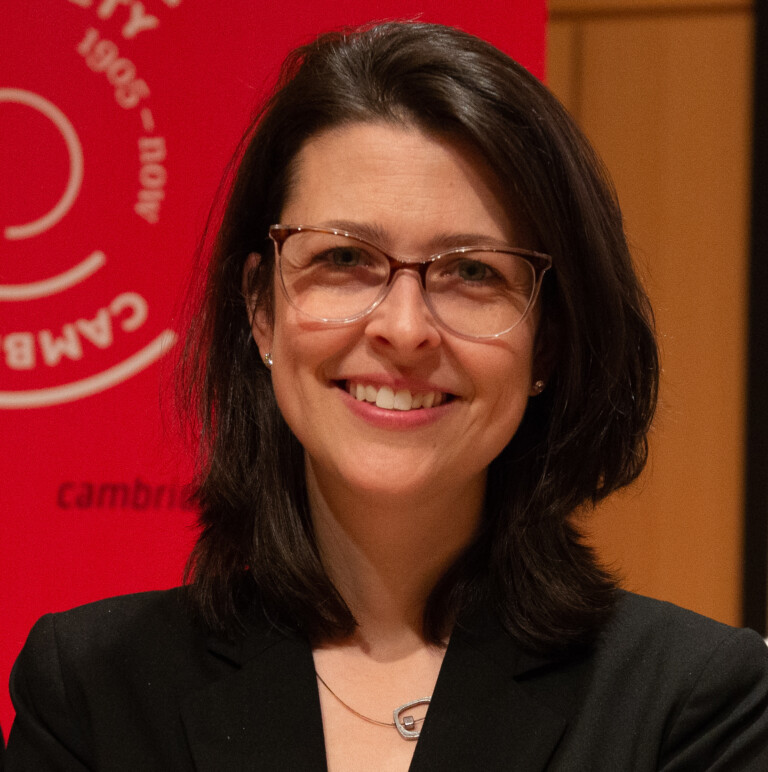 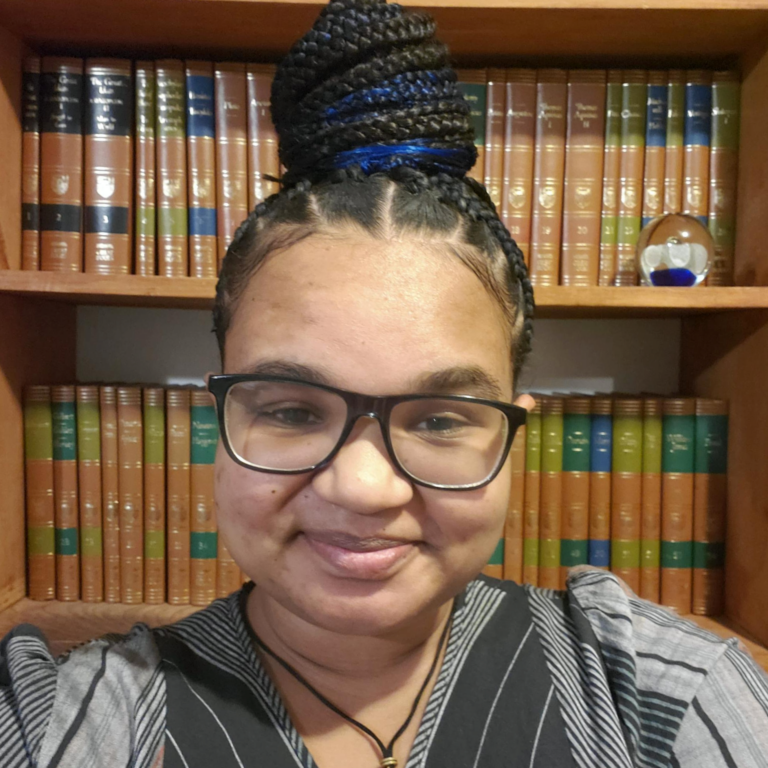 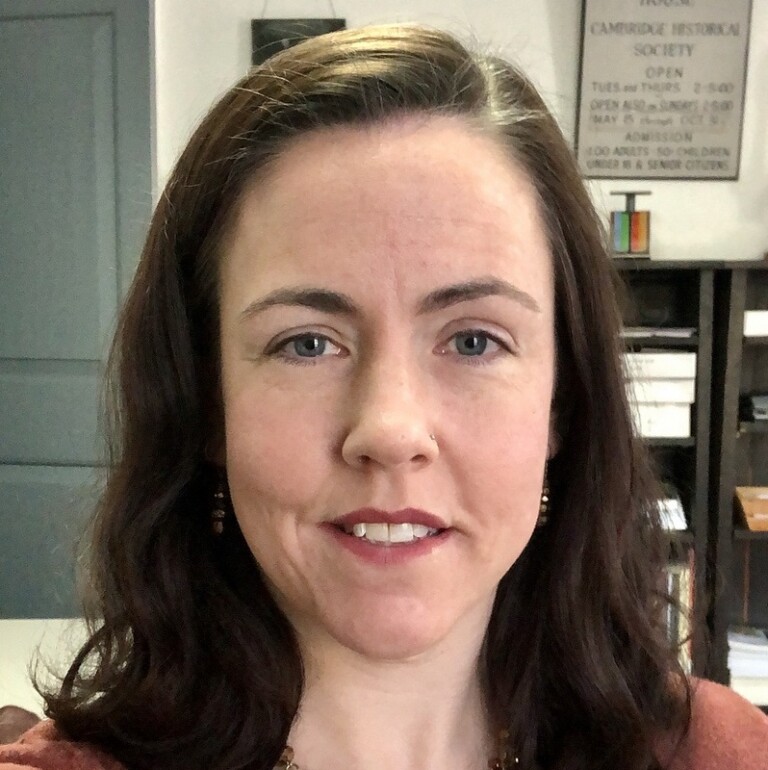 A commitment to learning and a desire to share information have been the common threads in Amy’s education and career. She holds a B.A. and M.A. in English Literature, as well as an M.S. in Library and Information Science with a concentration in archives management. Amy moved to Cambridge in 2003 and became an active member of her neighborhood community. She has served on the Executive Committee of the Cambridgeport Children’s Center and volunteers at the Morse School. A love of old houses, especially the two she and her husband have owned, has led to many hours of research and many months of renovations. Amy lives with her husband and two young daughters in an old Victorian in Cambridgeport.

Ed Rodley is a lifelong resident of Cambridge. He received a BA in Anthropology from UMass Amherst and his MA in Historical Archaeology from UMass Boston. He is currently Associate Director of Integrated Media at the Peabody Essex Museum, where he manages a wide range of digital media projects, with an emphasis on temporary exhibitions and the reinterpretation and reinstallation of PEM’s collections. He has over 20 years’ experience developing engaging and educational museum experiences and is a recognized authority on the use of digital technologies in the gallery and beyond. His current interests involve incorporating emerging digital technologies into museum practice while building digital literacy and capacity among staff members. His museum career began in seventh grade, when he took part in a Museum of Science volunteer program for Cambridge Public Schools students. He and his wife live in Inman Square in the house he grew up in.

Doug Brown was born and raised in Mystic, Connecticut, home of Mystic Seaport Museum. An American History major at Princeton, Doug arrived in Cambridge twenty years ago following stops in Maine, New Orleans, Colorado, Gloucester, and Hong Kong. Doug is active in local affairs, serving as an officer of the Fresh Pond Residents Alliance, the recognized neighborhood association for West Cambridge. In addition, he also serves as co-chair of the City’s Climate Resiliency Zoning Task Force, as a member of the Envision Cambridge Alewife Working Group, as the organizer of the annual Standish Street Halloween Block Party, and is the founder of Friends of the Greenway, Inc., a non-profit focused on supporting the new Watertown-Cambridge Greenway path. Doug enjoys skiing, cycling, collecting old tools, and genealogical research. He lives in Huron Village with his wife Dee Elms and their three small children.

Lauren lives and works in Cambridge and is the founder of The Harder Group, a development, design/build, and property management firm. She attended Phillips Academy Andover and received a BA from Cornell University in English Literature. She started exploring the city when her father moved to Harvard Square during high-school and returned after college to pursue a career in real-estate development. For over a decade, Lauren has since preserved and developed over 50 residences in Cambridge, striving to ensure each one is unique and built to last. “I strive to create a sense of place and let the house tell you what it wants to be,” she explains. She is thrilled to be able to bring her passion for Cambridge architecture to the Cambridge Historical Society as the chair of the Facilities Committee and is honored to have the opportunity to share her business experience as a new member of the Governing Council. When not overseeing The Harder Group or volunteering, you’ll also find her snowboarding and hiking in NH and attending events and games with her two daughters.

Liz was born and raised in the Washington, D.C. metropolitan area. Her love of all things historical began with exceptional teachers at the National Cathedral School for Girls. Her love of Cambridge began when she moved here in 1978 to attend Harvard College where she majored in American History and studied with Patricia Nelson Limerick, a noted historian of the American West. Liz received an MBA from the JL Kellogg Graduate School of Management at Northwestern University. She moved to Boston and worked as a Marketing Director for BayBanks, Boston Company and Fidelity Investments. “I love being a member of the Cambridge Historical Society which provides innovative programming on the history of Cambridge.”

Marni moved to Cambridge from New York City in 1972 and, since then, she has never wanted to live anywhere else. She has an innate fascination with local history, and has long admired the Cambridge Historical Society’s work. As the owner of half of a house built in 1873, she has a particular interest in historic buildings and how neighborhoods develop over time. In 2018, she retired from the Marketing Science Institute, a Cambridge-based nonprofit business research organization, where she was President and CEO. She is delighted to have the opportunity to share her nonprofit management experience as a member of the Cambridge Historical Society’s Governing Council.

Frank was born in Cambridge in 1941. In 1962 he took over the leadership of the Harvard Book Store an independent bookstore founded by his father in 1932. During the next 46 years the bookstore became a Harvard Square landmark and one of the leading independent bookstores in the United States. The bookstore was sold in October 2008. Since retirement, Frank has become active in community affairs. In 2006 Frank, along with Simon Shapiro, of Tag’s Hardware and several other local business owners co-founded Cambridge Local First, an alliance of locally owned independent businesses that actively champions the benefits brought to the community by locally owned businesses.

Bruce Irving is one half of the Bigelow/Irving realtor team at Compass in Harvard Square, representing both buyers and sellers in and around Cambridge. He also runs his own consulting business, helping homeowners through the complex process of home renovation. He produced This Old House and its sister shows for 17 years; is the author of the book New England Icons, about the region’s built environment; writes about architecture for several publications, including Yankee and Design New England; and serves as vice-chairman of the Cambridge Historical Commission. He’s been in Cambridge since 1988 and lives with his wife in the Strawberry Hill neighborhood.

Renee is a Cambridge small business owner, restaurateur, and author who founded Petsi Pies in Cambridge in 2003. She joined the History Cambridge Board in 2021 and is currently working on a cookbook featuring family recipes and stories. Renee lives in Inman Square.

Heli Meltsner, has been a preservation consultant in Cambridge since 1980, except for a nine-year stint as a Planner for the Town of Framingham. Her book, The Poorhouses of Massachusetts: A Cultural and Architectural History, was published in 2012. She was one of the editors of Saving Cambridge: Historic Preservation in America’s Innovation City, published by the Cambridge Historical Society in 2013. Her new book, The Arts and Crafts Houses of Massachusetts: A Style Rediscovered, will be published in May 2019. She serves on the Avon Hill Neighborhood Conservation District Commission.

As a consultant, Laura Roberts works with cultural nonprofits on strategic planning, assessment, staff and board training, and organizational development. She teaches museum management at Harvard University and Bank Street College of Education. She was executive director of the New England Museum Association and director of education at three history museums in New England. Laura is the chair of the board of Central Square Theater in Cambridge, MA. [and a board member at History Cambridge, where she chairs the program committee.] She is former chair of the Tufts Art Gallery advisory board and MassHumanities. Laura holds an M.B.A. from Boston University and an M.A. from the Cooperstown Graduate Program.