Our 2019 Sweet Souls oral history project offers answers to questions of local engagement: What is the role of a settlement house institution like the Margaret Fuller Neighborhood House in the history of engagement in Cambridge? How has the Fuller House–and the community that engages with it–navigated the relationship between the everyday work of meeting basic needs, and the transformational effort to make change?

Answers emerge from listening to eight “Sweet Souls” narrators–Duane Brown, Selvin Chambers, Marian Darlington-Hope, Denise Foderingham, George Greenidge Sr., Donnie Harding, Richard Harding, and Nancy Ryan–recounting their life stories and the ways the Fuller House weaves through their lives. Each story is a moving document, generously shared with us–a local public working to understand our present and our past by listening to the experiences of our neighbors. From these stories a detailed mosaic of the Fuller House’s many forms of hospitality emerge. It’s a mosaic constructed from recollections of familiar smells, sweaty teen basement dances, childhood summer outings, learning to knit, Black Panther Party breakfasts, and activist organizations brought into being at the Fuller House. Narrators used words like living room, safe haven, grounding, and anchor to describe the Margaret Fuller Neighborhood House’s place in their lives, and the life of the Port. Each expressed a great warmth and attachment to the memory of the Fuller House, recognition of its unique role in the Port and Cambridge, confidence in its relevance and ability to answer the question “What’s needed now?” and hope for its continued survival.

Together, these oral histories express how MFNH has served across generations as the emotional, symbolic, service, and activist heart of The Port–a neighborhood historically considered the center of Black Cambridge, and one which has been pressured across generations to fight racial injustices, economic and food insecurity, violence–real and perceived, and uprooting and upheaval caused by hyper-gentrification.

In October 2019, the team hosted a mid-point Roundtable discussion at the MFNH, where the public listened to narrators’ stories of the MFHN, and gave input on what they were curious to know more about. View the event and learn more about it here.

This project was a three-way partnership between Margaret Fuller Neighborhood House, The Loop Lab, and the Cambridge Historical Society. Special thanks to the work of interviewers Katie Burke and Lina Raciukaitis, and The Loop Lab sound engineers Tevin Charles and Jeff Solomon.

The project was funded in part by Mass Humanities, which receives support from the Massachusetts Cultural Council and is an affiliate of the National Endowment for the Humanities.

Duane Brown grew up in Cambridge, and moved to the Port neighborhood as a teenager. He attended programs and dances at the Margaret Fuller House as a youth, and later served on the board. Duane worked in Human Resources for the City of Cambridge for 29 years, until his retirement. He currently lives in his childhood home in the Port.

Selvin Chambers grew up in the Port and and his family attended programs and community meetings at the Margaret Fuller House throughout his youth. He attended Black Panther Party/National Committee to Combat Fascism youth breakfast program at the House. He has spent his career in the non-profit field, with a focus on human services, youth leadership, and
community advancement. Selvin was the interim Executive Director at the Margaret Fuller Neighborhood House immediately prior to this interview, and he currently serves on its board.

Marian Darlington-Hope was born and raised in the Port neighborhood of Cambridge, where she has lived most of her life. She and other family members attended programs at the Margaret Fuller Neighborhood House in her youth. As a teenager, she volunteered at the National Committee to Combat Fascism/Black Panther Party breakfast program housed at the Fuller House. As an adult she continued her involvement with the Fuller House in many capacities, including as a board member. Prior to retirement, Marian was a professor at UMass Boston and Lesley College. She is active in Cambridge-based activism and community-building groups and efforts.To listen to a previous interview with Marian, click here. 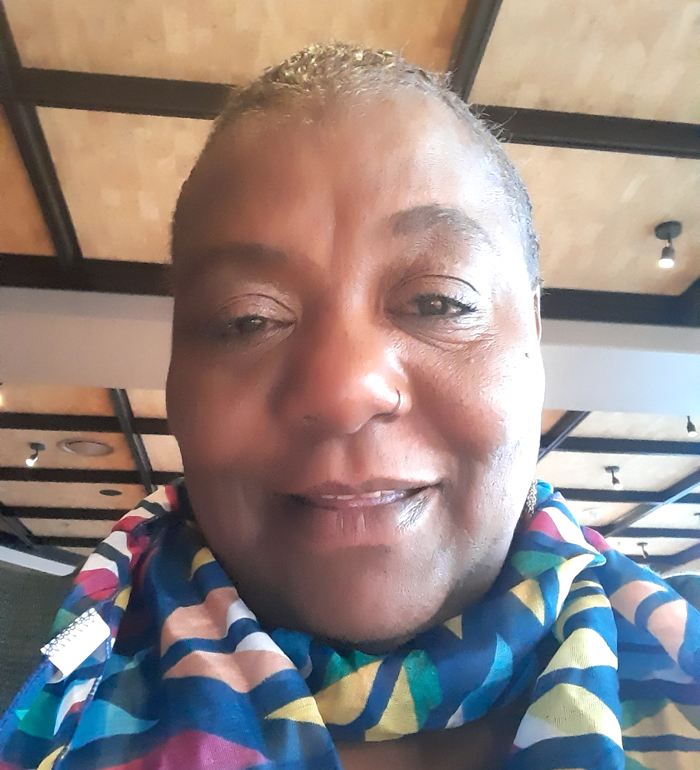 Denise Foderingham lived in the Port with her mother and sisters, and attended many Margaret Fuller House programs in her youth. She moved to Somerville in her 20’s and spent the majority of her career working in child care. She returned to the Margaret Fuller Neighborhood House in December 2018, when she was hired as the front desk receptionist. 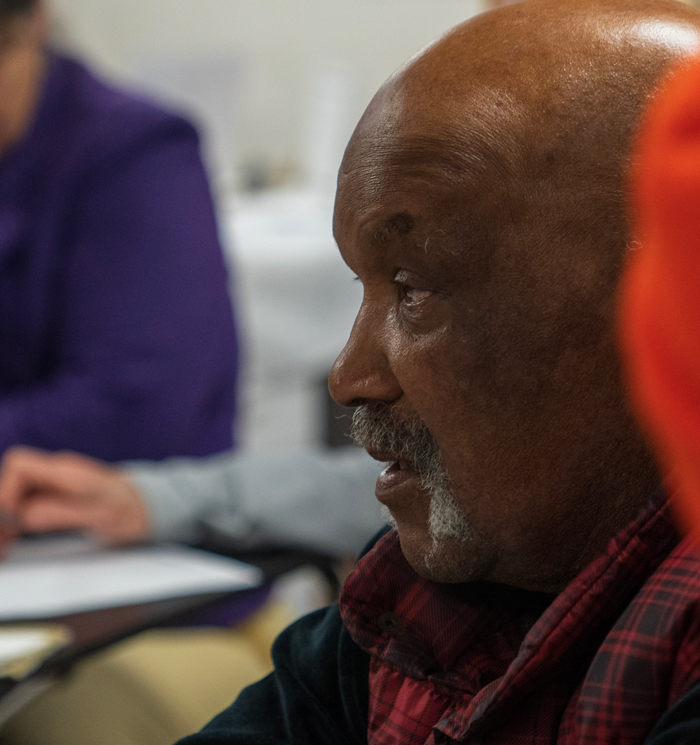 George R. Greenidge, Sr. was born in Boston and grew up in the Port going to the Margaret Fuller House. He was a physical education teacher and coach at Rindge Tech and Cambridge Rindge and Latin for thirty-eight years. He currently resides in Boston and has gained local fame as Doctor Pepper, a popular Fenway Park food vendor.

Donnie Harding grew up in the Port and spent time at various programs and events at the Margaret Fuller Neighborhood House. He remained associated with Margaret Fuller Neighborhood House as an adult- through his work at the radio station housed there in the 1970s, and as a member of the board. Donnie worked at the MBTA for most of his career, while also coaching sports and working with young people. He currently lives in the Port and continues to be active in the Cambridge community. 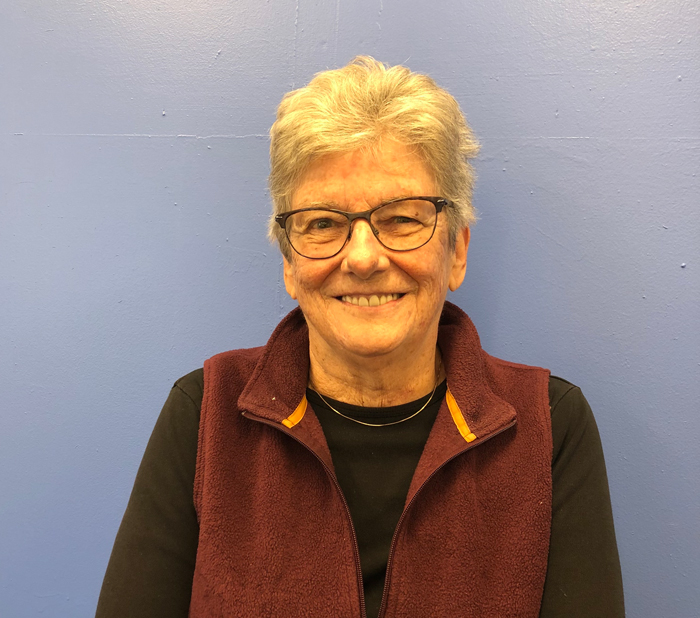 Nancy Ryan was born in New Bedford and moved to Cambridge in 1980 to begin her work as Director of the City of Cambridge Commission on the Status of Women. She has lived in the Port for forty years and worked in partnership with the Margaret Fuller House through her role as Director of the Women’s Commission and as a member of the Area 4 Neighborhood Coalition. After retiring from the Commission in 2006, Ryan has continued her local activism with the ACLU and as a founder of the Cambridge Residents Alliance.