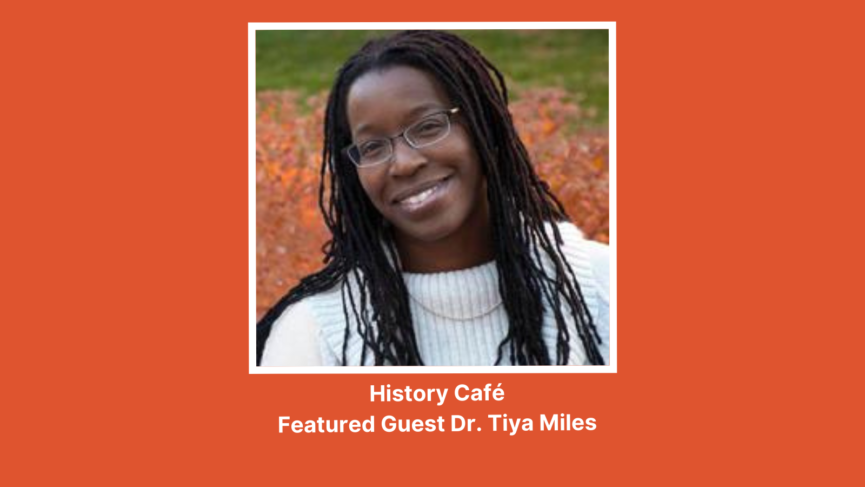 Harriet Jacobs is best known for her autobiography, Incidents in the Life of a Slave Girl, in which she chronicles her enslavement in North Carolina, her subsequent period in hiding in a tiny attic garret, and her eventual escape north to freedom. But Jacobs was also for many years a resident of Cambridge, where she ran boarding houses and was part of a network of Cambridge women working for the abolition of slavery and equal social, political and economic rights for Black Americans.

On Friday, May 21, via Zoom, we explored the world of Harriet Jacobs’ Cambridge with Dr. Tiya Miles, Radcliffe Alumnae Professor of History at Harvard University. This History Café program featured Dr. Miles in conversation with several of her students as they discussed their work on Cambridge’s women abolitionists and the place that Jacobs occupied at its center.

Thanks to the generous support of the Massachusetts Society of the Cincinnati and a grant from the Bridge Street Fund, a special initiative of Mass Humanities, this program was free and open to the public.