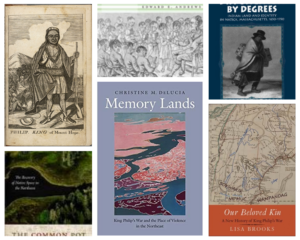 History Cambridge’s headquarters is located on the traditional homelands of the Massachusett people. Introduction Welcome to the Indigenous Peoples History Hub. In 2018, History Cambridge created a land acknowledgment in commitment to doing good history and telling the whole story of Cambridge. Though acknowledging our occupation of Indigenous land is an important step in recognizing… 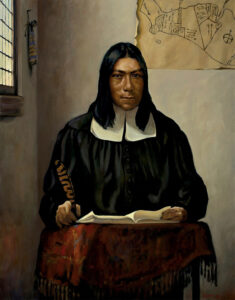 The history of Indigenous people in the place we call Cambridge is vastly untold and underrepresented, yet important to understand to comprehend the roots and depth of the cultural genocide that Native Americans faced over centuries within Massachusetts and the United States as a whole. Indigenous scholars, who were instructed under Colonial education systems, have similarly received very little recognition despite their impact. They disrupted the colonists’ “conviction of Colonial dominance” over the Native people. They used their learned and observed skills and the Colonialist teachings thrust upon them to their advantage to benefit themselves and their communities. James Printer and John Sassamon are among the many examples of Indigenous people – often apprenticed to Christian missionaries – who used assimilation to their advantage to reclaim their humanity and rights.