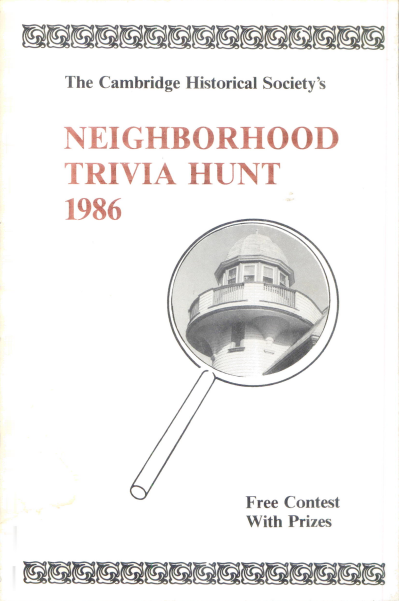 Cambridge has certainly changed over time, and our 1986 trivia hunt shows just how true that is. It serves as a kind of time capsule of our city. Take a trip back in time with this self-guided tour to see how many of these sites are still around. Which ones do you recognize? Which ones do you remember? What are … END_OF_DOCUMENT_TOKEN_TO_BE_REPLACED 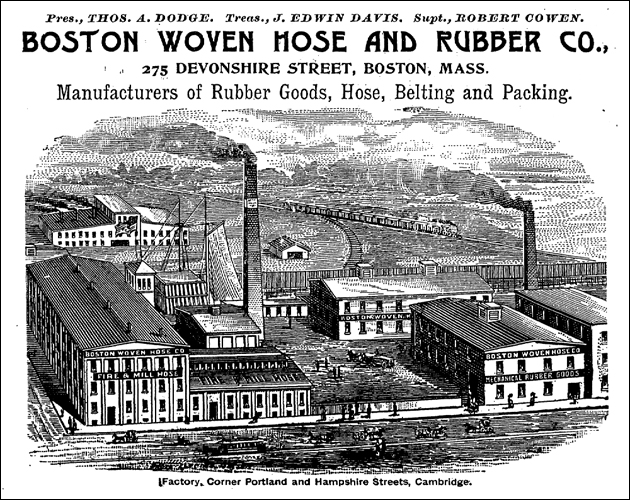 The Old Cambridge Secession Attempts of 1842–44 By Edward Rodley   Introduction The Cambridge, Massachusetts, of 2017 is a heavily developed, densely populated urban center with a population that has hovered around 100,000 for the past twenty years. Regional differences exist from one part of the city to another, but the sense of Cambridge as a unique, distinct community provides a … END_OF_DOCUMENT_TOKEN_TO_BE_REPLACED

By Michael Kenney, Winter 2011  Cambridgeport stands, geographically and socially, midway between East Cambridge and Old Cambridge, neither a traditional southern European enclave nor the remnants of Puritan New England. This issue of the Newetowne Chronicle focuses on Cambridgeport and its vibrant past through a collection of articles and a report on the celebration of that past on Cambridgeport History … END_OF_DOCUMENT_TOKEN_TO_BE_REPLACED

By Michael Kenney, 2017 Sunday brunch time and weekday happy hours, the courtyard at the corner of Broadway and Hampshire Street is a lively place, with hipsters and families enjoying the bars and restaurants grouped around the open brick-paved space. Hard to believe, but it was even more bustling a century ago, when shifts of workers came and went at … END_OF_DOCUMENT_TOKEN_TO_BE_REPLACED

With air bags, anti–lock brakes, traction control, and GPS, the Uber driver of today operates a very different machine from the family chauffeur’s open–topped horseless carriage of 100 years ago. But regardless of the generation, Cantabrigians have always loved working on cars. Today that tinkering is just as likely to occur in a university lab as in a backyard garage. … END_OF_DOCUMENT_TOKEN_TO_BE_REPLACED