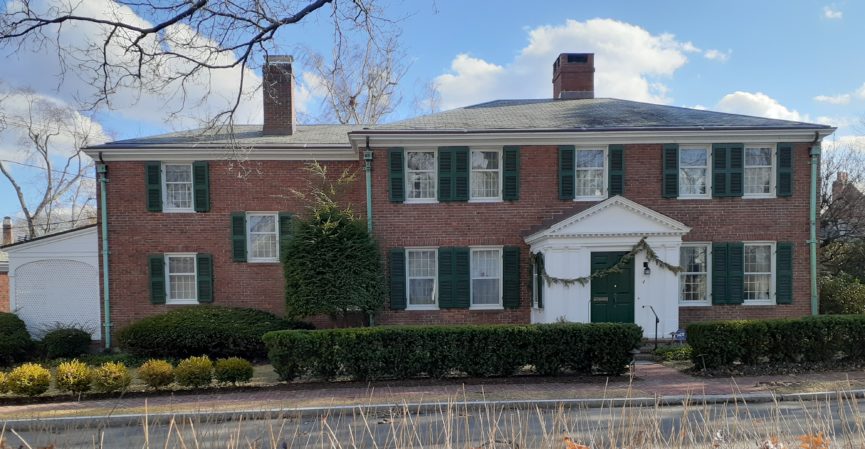 Lois Lilley Howe (1864-1964), born and bred in Cambridge, Massachusetts, was one of the first women to graduate from Massachusetts Institute of Technology’s architectural program, the organizer of the only all-woman architectural firm in Boston in the early twentieth century, and the first woman elected as a Fellow of the American Institute of Architects. With partners Eleanor Manning and Mary Almy, the firm of Howe, Manning & Almy, Inc. completed more than 500 projects over 43 years of practice. Many of these buildings are still standing today, including in Cambridge.

Learn more about LLH through this online exhibit

Gray Gardens overview:  The Gray Gardens area, formerly the site of the estate of Edwin Dresser, abutted the former site of the Harvard Botanical Garden. Named for Harvard botanist Asa Gray, it was at one time envisioned as the site for Harvard’s arboretum but ultimately deemed too small. The land was sold for development by Dresser’s heirs in 1922, and subdivided under a trust agreement designed to ensure a “carefully planned, homogeneous suburban development of Colonial and Tudor houses.” (Cambridge Historical Commission [CHC]) Homes designed by Howe and Manning in this area include the following (start at 4 Gray Gardens West, tour Gray Gardens West clockwise, then cross Garden Street and pass along Gray Gardens East to Raymond Street):

4 Gray Gardens West:  The Eugenia and Francis Frothingham House, 1922.  Widely considered among Howe’s finest work and still largely in original condition, this house was featured in House Beautiful’s 1935 publication, “One Hundred Small Houses.” Its layout reflects Howe’s work for wealthy, single female clients. Noted in CHC’s survey as “the best designed house in the square.” Of wood frame construction surfaced in hand-made brick, it has a hipped pyramidal green slate roof. It was designed as the winter home of early 20th century novelist Eugenia Brooks Frothingham, for whom Howe is also believed to have designed a shingled summer cottage in Dublin, NH.

14 Gray Gardens West: This smaller, shingled home was designed in 1924 by Howe & Manning for Mr. John G. Hart, a Harvard University professor.  It has subsequently seen extensive renovations. The CHC survey describes this house and its near neighbor as “small and simple compared to its neighbors, but not enough to detract; these two houses go together well.”  The survey notes “a suggestion of the 17c in the carved wooden framing of entrance vestibule.” Author Doris Cole notes the house’s steep gable and prominent brick chimney.

11 Gray Gardens West: The original part of this wood frame home (a south-facing center-entrance colonial perpendicular to the square) was designed by the firm of Putnam & Cox in 1923. In 1928, Howe & Manning designed a large expansion that more than doubled the house’s size. Noted by CHC as highly symmetrical and “impressive for size and ordered restraint,” the enlarged house has effectively been turned 90 degrees to face the square, with a gracious, finely-detailed west-facing entrance.

3 Gray Gardens East:  This 1923 house is constructed of brick but subsequently surfaced in stucco ca. 1930. It features a hip roof with a cornice, and incorporates elements (porch, door and door frame) from older homes, a common Howe practice. It was designed for Miss Annie Bourne Chapman (1859-1943). (Haven’t firmly ascertained:  Miss Chapman, a Cambridge native, was an art teacher and later a patroness of the Boston Symphony Orchestra.)

15 Raymond Street:  This spacious (6 bedrooms,  including. two maids’ rooms) frame house was designed in 1922 for the family of Mr. Henry F. Merrill, one-time commissioner in the China Imperial maritime customs service.  Like many of Howe’s designs it is a center-entrance colonial but set perpendicular to the street with a large, private garden in the rear.