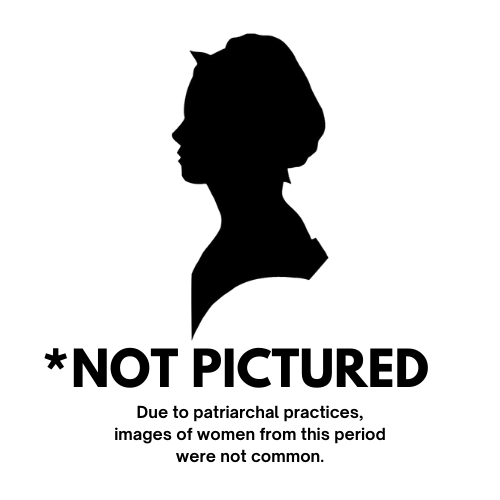 When Mercy Scollay’s presumptive fiancé, Dr. Joseph Warren, was killed at the Battle of Bunker Hill in June of 1775, she was thrust into emotional and financial turmoil that would both parallel and outlast the political upheaval of the American Revolution. As the caretaker and surrogate mother to Warren’s four children – but without the formal legal and societal recognition of a marriage certificate – Scollay was left to grieve not only for her fiancé but also for the loss of the children whose paternal extended family removed them from her care. She was also left without the financial and emotional support of her anticipated marriage, and returned to her parents’ household in the aftermath of Warren’s death.

The story of Mercy Scollay’s challenges, her attempts to build a nuclear family that were shattered by grief, and her subsequent creation of a support network comprised of relatives and friends exemplifies the theme of this year’s Cambridge Historical Society programming, “How Does Cambridge Mend?” Over the course of 2021 we will be exploring the ways in which the fabric of Cambridge has been torn apart in times of crisis, as well as the ways in which the community has sought to mend itself. We chose the term “mending” because, unlike healing, which can often leave no visible scars, mending is both a deliberate process and one that allows the observer to see where the wound was and the care taken in its repair. The fabric of Mercy Scollay’s world was ripped apart by Warren’s death and her subsequent loss of his children, leaving a wound that would never fully heal. But Scollay was able to strengthen her existing familial support networks and embark on new endeavors – including her decades-long correspondence with Dorothy Dix and her quest to secure financial support from the state for Warren’s children – that functioned as a key part of her mending process. Just as Scollay could not erase the pain of her past but managed to find new ways to move forward, the Cambridge community has experienced both the challenges of division and the cohesion of mending. We hope you will join us on this yearlong journey, lending your voice to the mosaic of Cambridge mending story.

In April 1775, as shots rang out at Lexington and Concord and the Massachusetts countryside blazed with the outbreak of the American Revolution, thirty-three-year-old Mercy Scollay of Boston took shelter miles away from the tumult, accompanied by four young children.

Secreted at a house in Worcester for the next several months, Scollay would serve as protectress and caregiver for the four children of widowed Boston physician and Patriot leader Dr. Joseph Warren. Warren had not accompanied Scollay and the children but remained behind, first in Boston where he had dispatched Paul Revere and William Dawes on their fateful midnight rides, and then at the American encampment in Cambridge where he helped lead Patriot efforts against the British. Prior to Scollay and the children’s departure from Boston, Warren had enlisted Worcester physician Elijah Dix and his wife, Dorothy, to help support Scollay and the children as they settled into the house that Warren had procured for them.

Though thrust upon each other as strangers during the turbulent spring of 1775, Scollay and Dorothy Dix forged a strong bond over the next several months as the revolution raged around them. Ultimately, the relationship between the two women would span fifty years as they exchanged letters for the remainder of Scollay’s life. Scollay’s letters to Dix survive and are maintained by the Cambridge Historical Society in the Mercy Scollay Papers, 1775-1824 collection.

In her letters, Scollay often reflected on the happy times shared with the circle of friends and children that gathered at the Dix’s fireside. Having access to such a support network while fifty miles from home would prove invaluable to Scollay when news reached Worcester that Warren had been killed at the Battle of Bunker Hill in June.

Soon after Warren’s death, his relatives assumed care of the children. Having been stripped of her charge of them, Scollay left their Worcester sanctuary and returned to her parents’ house in Boston where she began penning letters to Dix. In these letters she shared her grief over Warren’s death, the desolation she felt over the unceremonious removal of the children from her care, as well as her struggle to conceal the depth of her sorrows from family and friends.

Scollay is reputed to have been the fiancée of Warren at the time of his death. Though there is no explicit mention of a betrothal in the letters, Scollay’s affection for Warren is clear and she executed with the greatest fidelity the care and safeguarding of his children as he took part and then fell in the revolution.

After Warren’s untimely death in battle, little money remained in his estate. Scollay, evincing a deep interest in the well-being and education of his children, embarked on a valiant years-long effort to gain state-sanctioned financial support for them. In both correspondence and in-person conversations, she urged Samuel Adams and John Hancock to wield their influence with the Continental Congress on the children’s behalf. Over the course of her unflagging efforts, Scollay gained an unlikely ally – Benedict Arnold. Arnold, who would defect to the British after his traitorous plans to hand over West Point were discovered, petitioned Congress for support of Warren’s children.

Ultimately, Congress provided funds for the maintenance and support of the children, paying for the education of the oldest and annually granting the younger three the half pay of a major general, Warren’s rank at the time of his death.

Despite the passage of years, Scollay’s friendship with Dix remained constant. During the heady years of revolution, Scollay’s letters were peppered with accounts of besieged Boston and the fervor of the people, her uneasiness at the specter of British attacks, her frustration with the seeming indolence of the Provincial Congress, and her concern for the health of her parents, John Scollay, who served as the chair of the Boston Board of Selectmen, and his wife, also named Mercy.

But as the decades unfolded and the Revolution receded into the past, Scollay’s mention of those turbulent times ceased. Her letters to Dix quiesced into gentle updates concerning family and health and inquiries into the well-being of the Dix family. Scollay spent her final years happily ensconced among extended family in Medfield where she took comfort in writing, reading, and sewing.

Despite multiple illnesses and physical travails, even as an octogenarian Scollay never lost her vigorous disposition or formidable mental acuity. She outlived not only fellow revolutionaries John Hancock and Samuel Adams, and strange bedfellow Benedict Arnold, but, tragically, three of the four Warren children. At age eighty-two, Scollay wrote her last known letter to Dix. Two years later, in January 1826, the pen of Mercy Scollay, one of the last of the founding generation, fell silent.