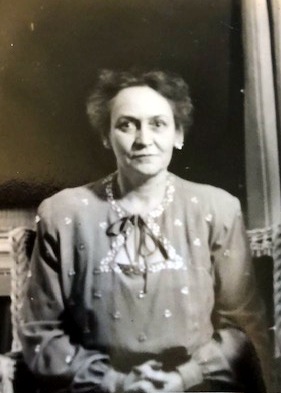 Inspired by our 2020 theme, “Who are Cambridge Women?” Society member Philip M. Cronin wrote this essay about his remarkable mother, Elizabeth Sullivan.

Elizabeth Ann Sullivan was born in Winchendon, Massachusetts, in 1892. She attended local schools.  The day after she graduated from high school, she boarded a train to Boston and enrolled at Tufts Medical School. At the time, a college education was not a prerequisite for admission to medical school. She was one of the first, if not the first, women to attend the School. She graduated in 1914 and became Chief Resident Physician at the Women’s Reformatory in Framingham. One of her friends was Anastasia Sullivan, D.M.D.–a member of a large Sullivan clan in Cambridge–who worked as a part-time dentist at the Reformatory. Anastasia married Herbert J. Cronin, M.D., a graduate of Harvard Medical School and a surgeon in Cambridge. In 1921, Elizabeth left the Women’s Reformatory and moved to the Lower East Side of New York City where she became an admitting physician at Vanderbilt Pediatric Clinic and United Way Charities. She also established a summer camp for maladjusted children on Mt. Desert Island, Maine.

Then two tragedies struck Herbert Cronin. Anastasia, with whom he had two young daughters–Pauline and Constance–suddenly died. At about the same time, he lost his eyesight and so could no longer practice surgery. He knew of the friendship between Anastasia and Elizabeth, and he contacted Elizabeth, who came to Cambridge to help him. They married, although Elizabeth kept Sullivan as her last name. She told Herbert that–with his loss of eyesight–he should become a psychiatrist, and she assisted him with the training necessary for certification. Together they built their home at 383 Broadway, Cambridge, on the corner of Maple Avenue, with a large extension to house their medical offices. A sign at the door read: “Herbert J. Cronin, M.D.; Elizabeth Ann Sullivan, M.D.” They had two sons, Herbert, Jr., and Philip.

Herbert became a successful psychiatrist, and Elizabeth devoted herself primarily to helping the less fortunate. She resumed her affiliation with the Women’s Reformatory, but this time as a volunteer, not staff. She believed that many women about to be released from prison had nowhere to go, and she took it upon herself to provide employment for some of them at 383 Broadway. Even after the women were ready to re-enter society, she visited them at their new homes, primarily in the North End and Roxbury. At the same time, she volunteered as the physician for The Cambridge Homes for Aged People, which was then located on Broadway across the street from her home at 383.

By the mid-1930s, Europe had plunged into darkness. Women, fleeing the Nazis in Austria and Germany, arrived in Cambridge and found employment at The Window Shop in Harvard Square. Many were not fluent in English. Elizabeth provided them with free medical care and helped them navigate their new lives. They did not forget her compassion. Every Christmas Eve, they delivered a linzer torte with a Christmas tree sculpted in the almond crust on top to 383 Broadway. The deliveries continued until her death in 1955.

With Walter Cronin, D.M.D. (no relation), Elizabeth organized and helped lead Cambridge’s Civil Defense Agency.  She was also the director of the Cambridge chapter of the Red Cross. In the midst of the war, she opened the Red Cross Central Square unit for blood donors. She herself donated blood a number of times.

Cruelly, for someone who had spent most of her lifetime helping others, particularly the less fortunate, Elizabeth suffered a terminal illness at age 61. In the last months of her life, nurses from Massachusetts General Hospital volunteered without pay to care for her twenty-four hours a day, every day. She was survived by Herbert, their two sons, and her two step-daughters.