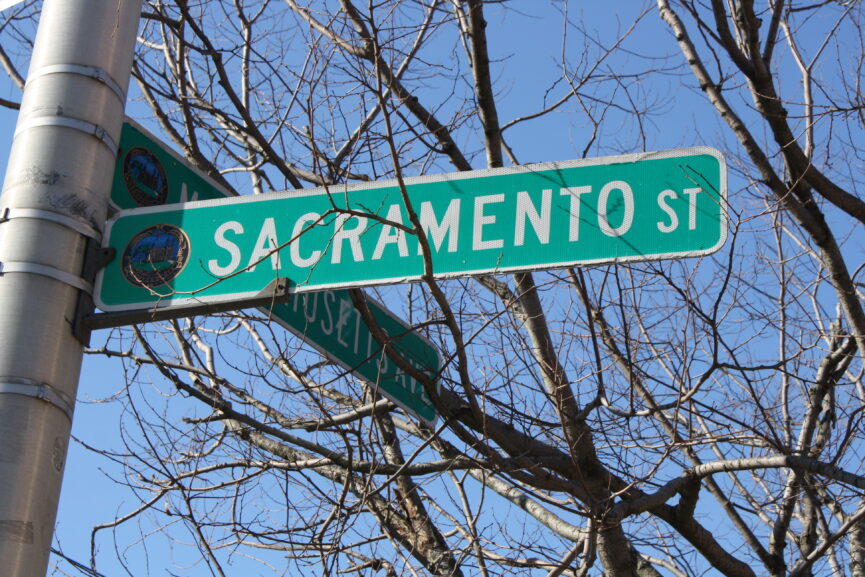 When Charles F. McClure came back from the California Gold Rush, he bought an extensive tract of land off Massachusetts Avenue (then known as North Avenue) and commemorated his “49er” fortune by naming the street running through his property Sacramento Street.

Other names recall long-forgotten residents, at least four of them women. Wendell Street was named for Katherine Brattle Wendell, a daughter of the Tory general, and Mellen Street was named for her daughter, Martha Fitch Mellen. Hammond Street is named for Mary Ann Hammond, the wife of the landowner John Gorham Palfrey. Prentiss Street takes its name from Mary Saunders Prentiss, a daughter of another prominent landowner, William Saunders.

Then there is Eustis Street, perhaps named for Margaret Eustis, a widow who owned the 1822 house that was moved to the corner of Eustis and Oxford streets — or, perhaps, her husband, the governor and diplomat William Eustis, who had purchased the property.

Breaking the pattern are Garfield Street, laid out and named shortly after the assassination of President James A. Garfield in 1881, and Everett Street, which, like many other Cambridge streets, is named for a Harvard president, Edward Everett. Finally, there is Roseland Street, which recalls a long-ago nursery in the neighborhood.

Our Candy Making Self-Guided Tour of Cambridge is