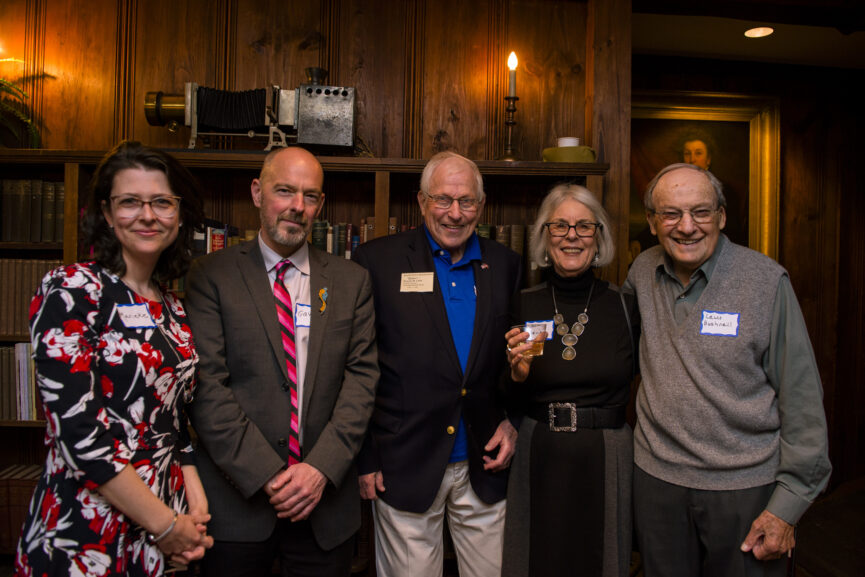 Last month, Renny Little, a very special friend of History Cambridge, passed away in Cambridge. He was 88 years old.

Renny served as Executive Director of the Cambridge Historical Society from 1987 until he retired in 1998. As mentioned in the book A City’s Life and Times: Cambridge in the Twentieth Century (edited by Daphne Abeel, 2007), Renny “brought a sense of stability to the Society after thirty years of slow, constant, and often unsettling change.” He was credited with significantly increasing revenue through rental events and with beginning to make order of the Society’s collections. Before he came to CHS, Renny had an illustrious museum career where he worked at such institutions as the New England Aquarium and the Higgins Armory. He was knowledgeable about museums, non-profit organizations, and, of course, Cambridge.

When I started as executive director in the summer of 2015, Renny was one of the first people I talked to. I appreciated his thoughts on the organization as well as his genuine offer of help whenever I needed it; indeed, I took him up on that offer many times over the last six years. Before the board made any significant changes, I’d run them past Renny for his take. He was a strong supporter of our efforts to broaden our scope to include the histories of all the people of Cambridge. He often said to me, “You’re doing a great job getting the Society out of West Cambridge.” Hearing his words of encouragement meant a lot.

Renny was always quick with a joke. Sometimes it was the same joke, but that didn’t matter. You’d be hard-pressed not to smile when he was in the room. As former executive director Karen Davis said, “Renny was such a big presence, and a wonderful person, always focused on others and ready to lend a hand.” It is hard to imagine a future History Cambridge social gathering without him.

RIP, Renny. We will miss you.

I had the privilege and honor of succeeding Renny as the executive director of the Cambridge Historical Society in July 1998. He was so welcoming and always ready to help with whatever he could do to benefit the Society. I remember him with fondness for his many kind gestures and good humor. I will never forget fitting him at a costume shop in Boston for his portrayal as George Washington for a big event in the summer of 2000, commemorating Washington taking command of the patriot troops in Cambridge. He looked the part – wig and all – and did an admirable job of embodying the great leader. As always, Renny was having fun with history, and his spirit was contagious.

Click here to read Renny’s obituary in the Boston Globe