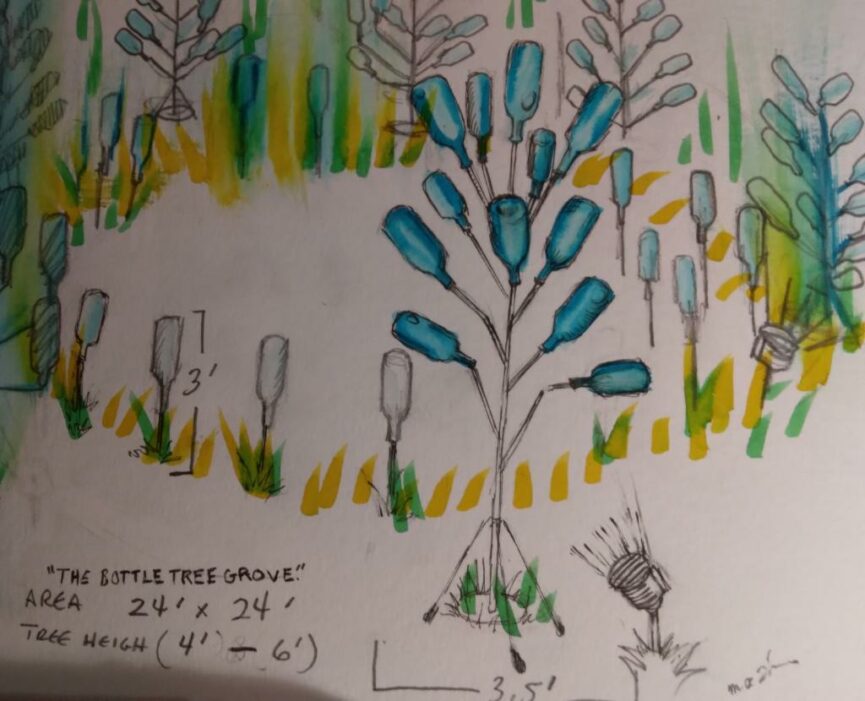 This summer, History Cambridge is partnering with Black Coral, Inc. to erect a temporary public art installation on the front lawn of the Hooper-Lee-Nichols House at 159 Brattle Street.

The oldest existing mention of slavery in Massachusetts was recorded in 1638, when African prisoners arrived in the colony on the slave ship Desire, built in Marblehead the previous year. In 1639, the mention of a “Moor” living in the household of Nathaniel Eaton, master of Harvard College, marks the oldest surviving mention of slavery in Cambridge. Massachusetts was the first American colony to formally sanction human bondage under the Body of Liberties law, which was enacted in 1641 and remained in place until 1783.

The colony served as a center of slave-trading in New England as early as 1645, when a Massachusetts-built slave ship sailed from Boston to Cape Verde, where merchants purchased Africans to be sold into bondage either at their next port in Barbados or upon their return to the mainland British colonies.

Some Cambridge families, including those in West Cambridge and the residents of Brattle Street (historic “Tory Row”), made their wealth through enslaved labor in Jamaica and/or they enslaved people at their homes and estates in Cambridge. Joseph and Rebecca Lee, the owners of the Hooper-Lee-Nichols House (c. 1685), the headquarters of History Cambridge, were complicit in this economy.

This summer’s installation by Black Coral, Inc. is a collection of bottle trees. Originating in West Africa, the bottle tree tradition was brought to the United States by enslaved people, most notably those who lived in Georgia and South Carolina. This tradition was passed down through generations of enslaved and, later, free Black communities, marking the survival of a cultural practice despite the bonds of slavery. The distinctive blue and white bottles were placed on tree limbs to capture the energy, spirit, and memories of ancestors.

Our installation will be two circles of “trees” made of iron — an exterior circle and a smaller interior circle. Blue glass bottles will be attached with wax to the end of the branches to form bottle trees. The trees will be lit with solar lights.

These trees represent the adults and children enslaved on what we now call Brattle Street, many by prominent Cantabrigians such as William Brattle, Lieutenant Governor Thomas Oliver, the Lees, and the Vassalls. Although we do not know all of their names or life experiences, we aim to honor their humanity through this installation and restore their physical presence to the land where they once lived and worked.

The piece will be on view from dawn to dusk (as the trees are lit with solar lights, the exhibit changes at dusk when the lights come on).

History Cambridge engages with our city to explore how the past influences the present in order to shape a better future.

Black Coral, Inc. is a nonprofit collaborative of artists and business people who are concerned about uncovering the lost knowledge of our ancestors, and using that knowledge to heal and solve the problems of the modern age. Founders: J. Lynda Blake; Pam Goncalves; Michael Thierry. Lead installation Artist: Gail Bos

History Cambridge acknowledges that their headquarters are on land which has been the traditional ancestral homeland of the Massachusett people. It is unceded and remains sacred to the Massachusett, and to their close neighbors and relatives, the Nipmuc and Wampanoag peoples.

This project is generously funded by: